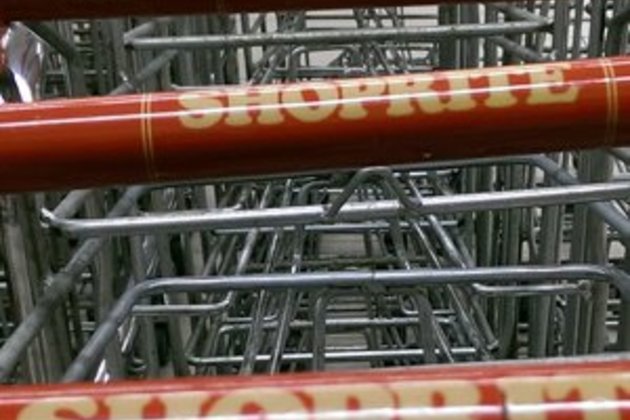 The total dividend declared for the year came to 319c, 32.1% less than the 484c declared the previous year.

While Shoprite's supermarket division in SA performed well, generating 74.9% of sales, the group's overall sales declined due to a "constrained economy, inventory shortages post-industrial action and the implementation of a new enterprise wide IT system" across stores, CEO Pieter Engelbrecht said.

To keep goods affordable for customers, selling price inflation for the year was at 1.2%, similar to the year before. "We traded throughout the year with many items in key categories in deflation." At year-end, the number of products priced lower than the previous year came to 9 679.

Shoprite rallies, umps most since 1997

During the period, the group implemented a strategy to capture the "premium food segment" by repositioning Checkers. "The number of Checkers stores in the new look FreshX format now totals 21," Engelbrecht said. Shoprite targets 80 stores to be upgraded in the new format during the medium to long term.

However, beyond South Africa, the group was challenged with forex shortages, currency devaluations and the aftermath of "rampant inflation" in Angola.

Supermarkets outside South Africa reported a trading loss of R265m.

"Despite no foreseen respite in short-term trading conditions in the region, we are committed to our customers in the 14 non-RSA countries in which we operate.

"We remain confident in the opportunity our entrenched position as Africa's leading food retailer will bring as the economic fortunes of the countries where we trade improve," Engelbrecht said.

SYDNEY, Australia - Stock markets in Asia finished in the black on Friday, despite the release of economic data in ...

WELLINGTON, New Zealand - The New Zealand government's books are in good shape with the accounts in surplus and expenses ...

MANILA, Philippines - The Asian Development Bank (ADB) returned to the U.S. dollar bond market on Wednesday with the pricing ...

SYDNEY, Australia - Stocks in Asia were mixed on Thursday, despite the historic signing of a new trade deal, or ...

WASHINGTON, DC - High profile lawyers Alan Dershowitz and Ken Starr have been brought in to work with the legal ...

BERLIN, Germany - Warring factions engaged in the Libyan conflict and UN-Secretary General Antonio Guterres will take part in a ...

Jailed U.S. citizen who demonstrated against Egyptian coup is dead

CAIRO, Egypt - The death this week of Mustafa Kassem, an Egyptian-American imprisoned in Egypt after an unfair trial, underscores ...

BALTIMORE, Maryland - After just a few hours of playing baccarat at a Maryland casino in September 2017, Chenguang Ni ...

WELLINGTON, New Zealand - The New Zealand government's books are in good shape with the accounts in surplus and expenses ...