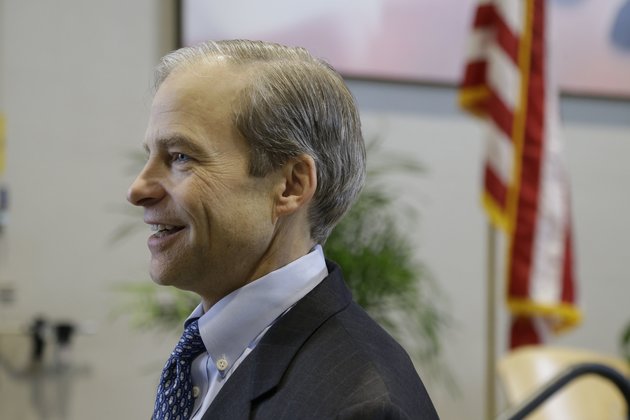 The head of Wisconsin-based S.C. Johnson, which manufactures floor waxes, air fresheners, and bathroom cleaners, is threatening to sue Oklahoma over the misuse of its commercial tagline "A Family Company."

Hunter appeared on television Monday and stated that J&J's actions are "inconsistent with all the grand statements that they make about being a family company."

"I have written to you on several occasions. 'A Family Company' is the tagline of SC Johnson, not Johnson & Johnson," Fisk Johnson wrote in a letter to Hunter. "Yet it was shocking and quite frankly outrageous that you still went on national television again propagating this misinformation. There was simply no reason for that."

Fisk Johnson says the misuse of the slogan could lead people to believe that his company -- which does not make drugs and has no connection to Johnson & Johnson -- is associated with opioids. He threatened to bring the Oklahoma attorney general's office to court if it does not issue a retraction.

There has been no reaction so far from Hunter.

Johnson & Johnson is the first company to be put on trial for apparently marketing opioids as a "magic drug" to doctors, caregivers and other prescribers.

A judge ordered the company to pay Oklahoma $572 million to help the state treat patients.

J&J's lawyers argued the company's claims about its painkillers are backed by science and is appealing the judge's ruling.