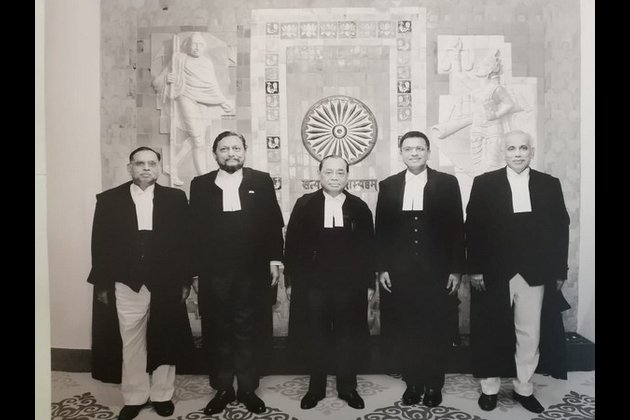 The bench directed that the Central government to hand over the disputed site at Ayodhya for the construction of a temple and set up a trust for this. It further directed the government to give a suitable plot of land measuring five acres to the Sunni Waqf Board.

Here you need to know about them:Ranjan Gogoi, who was appointed the Chief Justice of India in October 2018, was born on November 18, 1954.

In September 2010, he was transferred to the Punjab and Haryana High Court and became its Chief Justice in 2011. He was elevated as a judge of the Supreme Court on April 23, 2012.

CJI Gogoi is retiring on November 17.

Sharad Arvind Bobde, born on April 24, 1956, at Nagpur, Maharashtra, completed got his BA and LLB degrees from Nagpur University and enrolled on the Roll of the Bar Council of Maharashtra in 1978.

Justice Bobde practiced law at the Nagpur Bench of the Bombay High Court and was designated as Senior Advocate in 1998.

He was elevated to the Bench of the Bombay High Court on March 29, 2000, as Additional Judge. Justice Bobde was sworn in as the Chief Justice of Madhya Pradesh High Court on October 16, 2012, and elevated as a judge of the Supreme Court of India on April 12, 2013.

Justice Bobde will succeed CJI Ranjan Gogoi. He will be the 47th Chief Justice of India. He will take oath as CJI on November 18.

Justice Ashok Bhushan, born on July 5, 1956 in Jaunpur district of Uttar Pradesh, was graduated in Arts in 1975 and obtained a law degree in first division from the Allahabad University in 1979.

Bhushan enrolled as an advocate with the Bar Council of Uttar Pradesh on April 6, 1979. Later, he started to practice on the civil and original side at Allahabad High Court till the elevation to the Bench.

Justice Bhushan was elected as Senior Vice-President of the Allahabad High Court Bar Association and elevated as a permanent judge on April 24, 2001.

In 2014, he was sworn in as a judge of the High Court of Kerala and later took charge as the Chief Justice next year.

He was the Additional Solicitor General of India from 1998 till his appointment as the judge of the Bombay High Court in 2000. He later took over as the Chief Justice of the Allahabad High Court from October 31, 2013. He was appointed to the Supreme Court in 2016.

Justice DY Chandrachud was also a Visiting Professor of Comparative Constitutional Law at the University of Mumbai and at Oklahoma University School of Law, USA. He will be retiring on November 10, 2024.

The bench had concluded the hearings in the Ayodhya case on October 17. The Supreme Court was hearing the fourteen appeals challenging the 2010 Allahabad High Court verdict which had ordered equal division of the 2.77-acre disputed land in Ayodhya among the Sunni Waqf Board, the Nirmohi Akhara and the Ram Lalla.

The apex court had on August 2 said that the mediation committee has failed to achieve any final settlement in Ayodhya land dispute matter and decided to hold the day-to-day hearing in the case from August 6.