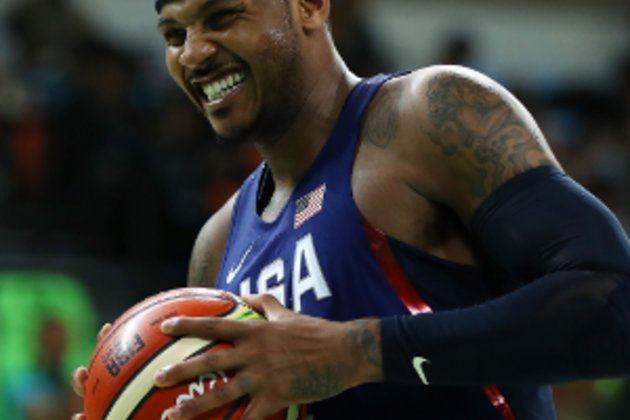 Los Angeles - Carmelo Anthony, who hasn't played in over a year since being dumped by the Houston Rockets, has signed a contract with the last place Portland Trail Blazers, US media reported Thursday.

The 35-year-old Anthony last played on November 8, 2018 when he shot just one of 11 from the floor and scored two points in the Rockets' 98-80 loss to Oklahoma City.

Anthony started just two games and played parts of eight other contests with Houston before being cut and eventually traded to the Chicago Bulls in January 2019.

Anthony never played a game for the Bulls, who waived him through the league a month later.

The struggling Trail Blazers have lost two straight and are in last place in the Pacific Division with a 4-8 record.

This would be the Anthony's fifth team since 2016 as he tries to rekindle some of the form that earned him the league scoring title in 2012-13 and won him three Olympic gold medals with the United States men's team.

Anthony has 25,551 career points, a figure that trails only LeBron James' 32,806 among active players.

The Blazers have a field-goal percentage of .441 this season which is 23rd best in the league.

Portland's next game is Saturday at San Antonio, the start of a six-game road trip.