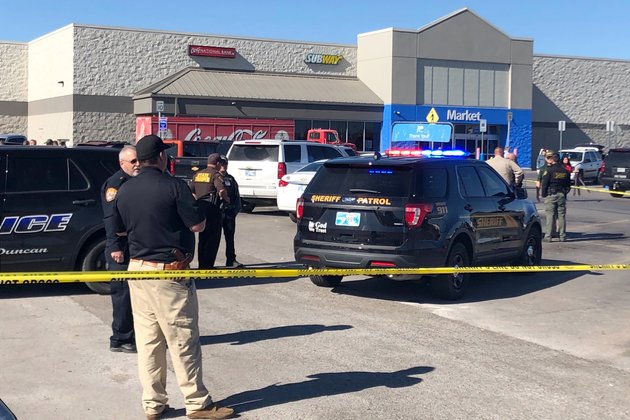 Three people were shot and killed at a Walmart in Oklahoma, local police confirmed Monday.

The shooter was among the three killed, according to local paper the Duncan Banner.

Two victims were inside their car and a third was in the parking lot of the Walmart store in Duncan, Oklahoma, the Associated Press reported.

Police are asking for any witnesses to the shooting, Duncan Police Chief Danny Ford told reporters.

In August, a gunman killed 22 people in a busy Walmart in El Paso - a city in Texas near the border with Mexico. The shooter allegedly told police he was targeting "Mexicans" in the shooting.

In early September, Walmart said it would stop selling ammunition and hand guns and also asked customers to not carry guns inside the store, even where state law allowed it.