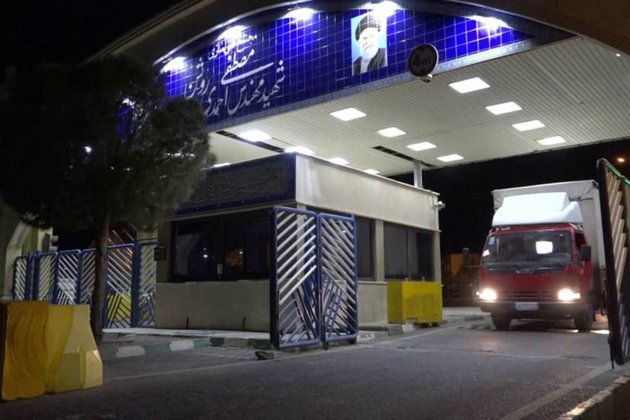 U.S. Secretary of State Mike Pompeo is canceling one of four sanctions waivers that allowed foreign firms to cooperate with Iran's civilian nuclear program without penalties.

The waivers are some of the last remaining provisions of a landmark 2015 nuclear agreement between Iran and world powers that the administration of U.S. President Donald Trump withdrew from last year. Under the 2015 deal, Tehran pledged to curb its nuclear activities in exchange for international sanctions relief.

Pompeo told a news conference on November 18 that the waiver for Iran's Fordow site will be eliminated in mid-December. Iran has recently stepped up uranium enrichment at the facility.

'Therefore the United States will terminate the sanctions waiver related to the nuclear facility at Fordow effective December 15, 2019.'

Last week, the International Atomic Energy Agency (IAEA) confirmed in a report that Iran had far surpassed its allowed stocks of enriched uranium.

The waivers for Fordow as well as the Bushehr nuclear power station, the Arak heavy water plant, and the Tehran Research Reactor were last extended late last month.

Meanwhile, the IAEA said on November 18 Tehran was ignoring yet another limit that was meant to rein in its nuclear program under the deal.

The IAEA's governing board is set to discuss the latest developments at its next quarterly meeting on November 21-22 in Vienna.

Based on reporting by AP and dpa

Stocks in Asia have uneventful day, dollar gives up portion of gains

SYDNEY, Australia - Stocks in Asia took a breather on Wednesday, despite a strong performance on Wall Street overnight.The U.S. ...

NEW YORK, New York - In a volatile day of trading, U.S. stocks managed a gain on Tuesday.Apple dominated with ...

SAN DIEGO, California - A subsidiary of Cubic Corporation, GATR Technologies, of Huntsville, Alabama, has been awarded a $172 million ...

Thailand to get injection of $1.5bn from Asia Development Bank

BANGKOK, Thailand - The Asian Development Bank (ADB) announced on Tuesday it is providing a $1.5 billion loan to Thailand ...

3,000 miles. 43 days. Two rowers. One boat.That was the challenge that Anna and Cameron McLean set themselves by taking ...

BEIRUT, Lebanon - The world has been shocked by the severity of a huge blast which has rocked Beirut, killing ...

No precedent for Trump to take cut of TikTok deal

NEW YORK, New York - President Donald Trump's demand that the U.S. government get a cut from a potential Microsoft ...

Trump orders agencies to employ Americans ahead of foreigners

WASHINGTON, DC - President Donald Trump said Monday that he had fired the chair of the Tennessee Valley Authority, criticizing ...

Tensions between the United States and China are rising as the U.S. election nears, with tit-for-tat consulate closures, new U.S. ...

Do the Right Thing