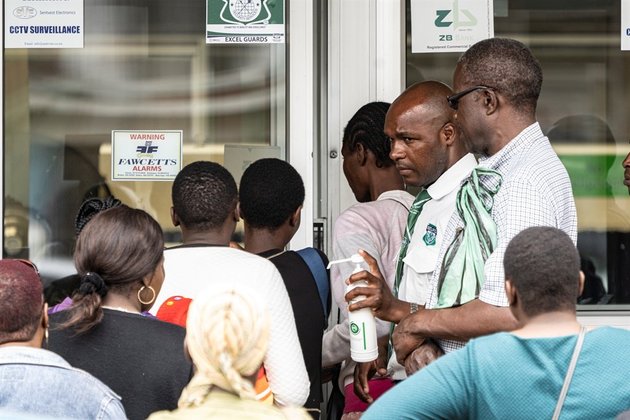 Less than a year after Zimbabwe outlawed the use of foreign currencies in local transactions, the country's central bank has granted permission to citizens to pay for goods and services in United States dollars as part of measures to mitigate against the coronavirus.

Zimbabwe has three confirmed cases of Covid-19 and at least one person in the country has died from the disease, according to Johns Hopkins University. The troubled southern African country has shut its borders in an effort to stem the spread of the virus that claimed the life of promising broadcaster Zororo Makamba.

"The Reserve Bank of Zimbabwe (the Bank), would like to advise the public that it is making it easier for the transacting public to conduct business during this difficult period by making available an option to use free funds to pay for goods and services chargeable in local currency," Mangudya said in a statement. "This intervention takes into account the country's limited access to foreign finance, which is adversely affecting the country's balance-of-payments position."

Last June, Finance Minister Mthuli Ncube outlawed the use of foreign currencies in the country, in an effort to stop speculative attacks on a surrogate currency meant to pave the way for fledgeling new sovereign Zimbabwean dollar which was introduced into circulation late last year.

Zimbabwe adopted the use of US dollars in 2009 after hyperinflation decimated the value of the old Zimbabwean dollar but the move proved problematic in 2016 when dollar-hoarding triggered a severe shortage of greenbacks.

Although Mangudya gave the impression that lifting the ban on US dollar transactions is temporary, analysts say it is tantamount to a partial redollarisation of Zimbabwe's crisis-ridden economy.

"Forget about all the things they said about corona in that statement," Victor Bhoroma, a Harare-based, independent economist told Al Jazeera. "The key message was that the US dollar is back. There is no way government is going to turn around and say corona is over, you can't transact in US dollars anymore."

"Undoing this dog's breakfast will be a nightmare," Biti tweeted. "The regime has radically done a volte-face and sneakily redollarised. We told them it wouldn't work and won't work. They owe Zimbabwe an apology."

Zimbabwe is poorly equipped to deal with a significant Covid-19 outbreak. The country is in the throes of a painful economic crisis exacerbated by drought and power shortages. Annualised inflation in February surpassed 500 percent. Medicines are scarce and depleted state coffers mean that the government is unable to buy sufficient supplies for state-run medical facilities - most of which have closed as doctors have gone on strike for better pay.