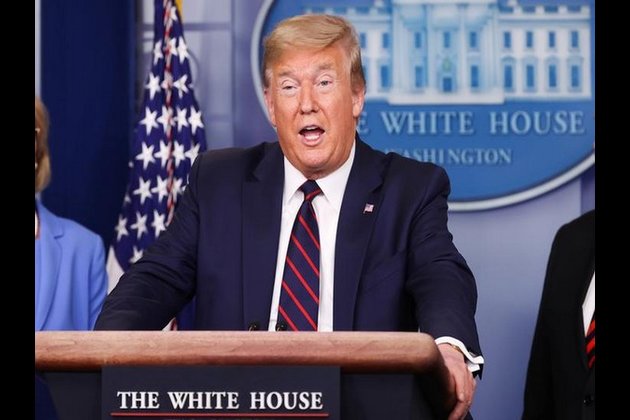 Washington DC [USA], Mar 28 (ANI): US President Donald Trump on Friday signed into law a USD 2.2 trillion economic rescue package to combat the coronavirus outbreak and send economic relief to workers and businesses squeezed by restrictions meant to stop the spread of the deadly virus.

"I want to thank Democrats and Republicans for coming together and putting America first," Trump was quoted as saying by Fox News after signing the package into a bill at the Oval Office.

Trump marvelled at the magnitude of the aid package as he penned his name on the legislation. "I have never signed anything with a 'T' on it," he quipped of the trillions of dollars of new spending.

The legislation, approved by voice vote despite 11th-hour drama on Thursday night arising from a Republican lawmaker's objections, amounts to the costliest stimulus plan in the US history.

It includes checks for most Americans, boost unemployment aid, help for small business as well as a massive loan fund for corporations - at a time when unemployment is surging at a record pace, as a consequence of businesses closing in compliance with social distancing guidelines.

"This bill is not only a rescue package, it is a commitment...that your government and the people whom you elected to serve will do everything we can to limit the harm and hardship you face, both now and in the foreseeable future," House GOP Leader Kevin McCarthy, said prior to the vote.

"To the American public -- If you do your part, I promise we will do ours," he added.

The bill finances a response with a price tag that equals half the size of the entire USD 4 trillion-plus annual federal budget.

The legislation also establishes a USD 454 billion programme for guaranteed, subsidised loans to larger industries in hopes of leveraging up to USD 4.5 trillion in lending to distressed businesses, states, and municipalities.

In addition, the bill also donates USD 150 billion to the healthcare system, including USD 100 billion for grants to hospitals and other healthcare providers buckling under the strain of COVID-19 caseloads.

The number of people infected with the novel coronavirus in the United States hit almost 104,000 early on Saturday, according to the data compiled by Johns Hopkins University, with the number of fatalities close to 1,700. The global death toll is at 27,324, Al Jazeera reported. (ANI)