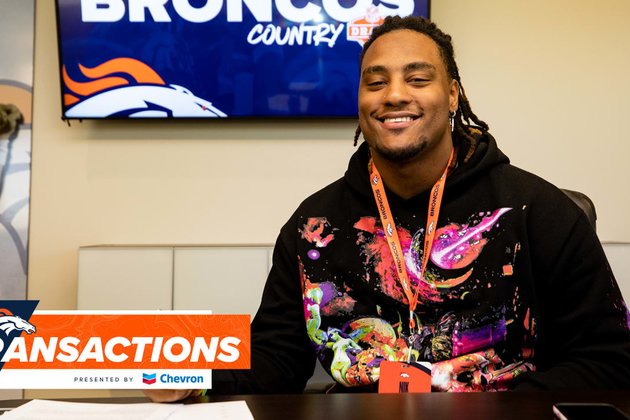 ENGLEWOOD, Colo. - The Broncos' top pick in the 2022 draft has signed his first NFL contract.

Outside linebacker Nik Bonitto, whom the Broncos selected with the 64th-overall pick, signed his deal on Thursday, the team announced.

The former Oklahoma pass rusher totaled 117 tackles in his four seasons as a Sooner, including 32 tackles for loss. Over his final two years at Oklahoma, Bonitto racked up 15 sacks, a forced fumble, three fumble recoveries and three passes defensed, and during that span he was selected as a second-team AP All-American and a second-team All-Big 12 player.

"We thought Nik was one of the better pass rushers coming out," General Manager George Paton said after the second day of the draft. "The bend, the speed, the burst - very natural. At Oklahoma, he had a lot of production. He needs to get a little stronger. We didn't anticipate him being there [at No. 64] so we're really fortunate. He'll add to our group. We'll have a very good wave with Nik, and I think it's going to be really good competition."

After putting pen to paper on Thursday, Bonitto will soon take the field for the first time as a Bronco; the team's rookie minicamp begins Friday.

ZAGREB, Croatia: Croatian lawmakers have voted to allow the introduction of the euro currency in 2023. Lawmakers voted 117-13 to ...

After jump in food prices, Iran cuts off internet to prevent protests

TEHRAN, Iran: Iran has abruptly raised prices as much as 300 percent for a variety of staple foods, including cooking ...

Thousands of birds saved in India during heatwave

NEW DELHI, India: As a scorching heatwave dries up water sources in the state's biggest city, veterinary doctors and animal ...