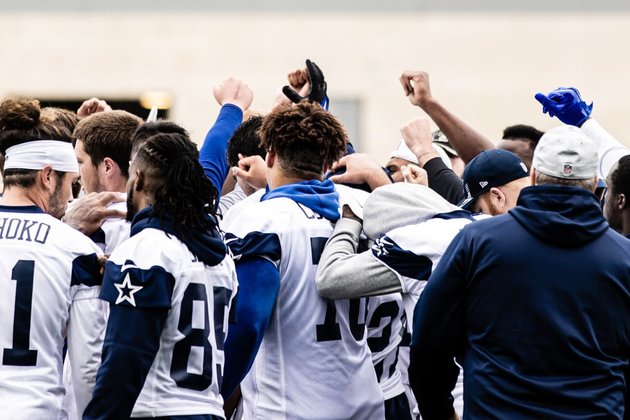 FRISCO, Texas - The Cowboys are welcoming nearly 30 rookies to The Star on Thursday as they get ready for the minicamp over the weekend.

Practice will start on Friday, but before that, the new players will try on their equipment, get fitted for helmets and receive their jerseys for the first time.

While jersey numbers are always subject to change, especially considering there are many players with duplicate numbers to veterans, here are the numbers we expect to see when the players hit the field Friday.

ZAGREB, Croatia: Croatian lawmakers have voted to allow the introduction of the euro currency in 2023. Lawmakers voted 117-13 to ...

After jump in food prices, Iran cuts off internet to prevent protests

TEHRAN, Iran: Iran has abruptly raised prices as much as 300 percent for a variety of staple foods, including cooking ...

Thousands of birds saved in India during heatwave

NEW DELHI, India: As a scorching heatwave dries up water sources in the state's biggest city, veterinary doctors and animal ...