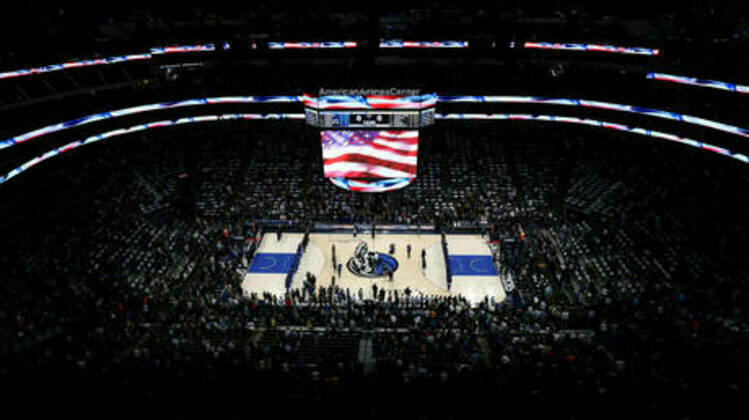 The family of a 15-year-old girl who was abducted by an unknown man while watching the Dallas Mavericks believe that the NBA franchise, the arena, and local police could have done more to prevent the girl from becoming part of a sex-trafficking operation.

The victim hails from the North Richland Hills area of Fort Worth, which is around a half-hour drive west of the American Airlines Center.

On April 8, the girl went to watch a game and was then missing for a total of 11 days, which attorney Zeke Fortenberry highlighted this week as the family seeks an explanation from the Mavericks, the venue and Dallas Police for allowing the crime to unfold while planning to sue.

"She was gone missing a total of 11 days," began Fortenberry. "Our intent is that way (the organizations) are on notice that we're pursuing claims against them for their negligence and other causes of action.''

According to Fortenberry, the teenage girl's father alerted police at the game, which the Mavericks won 131-113, when he realized that his daughter was missing.

Rather than acting swiftly, however, cops allegedly ordered him to report the allegations to police in North Richland Hills.

Then when he did this, the father was told they weren't able to help out due to the incident occurring in Dallas, with CCTV footage showing her leaving the venue with an unknown man.

While Dallas Police claimed to a local television station that they helped the North Richlands Police Department in the search for the girl, it was only when the Texas Counter-Trafficking Initiative in Houston stepped in that the girl was found being held against her will in a motel in Oklahoma City.

"The American Airlines Center (and the Dallas Mavericks) are grateful that the teenager has been found," said the Mavericks in a statement on April 20 when the girl had been brought to safety.

"Both entities will continue to cooperate with local and regional law enforcement on this case," the franchise also vowed.

But as the family has already publicly indicated, they have been left unsatisfied by the two parties' input and that of Dallas Police.

While the girl is still unnamed, the identities of eight suspects have already been made known.

Karen Gonzales, Sarah Hayes and Kenneth Nelson have all been charged with human trafficking, conspiracy, and computer offenses as Nelson was also hit with child pornography charges and another charge for failing to appear in court after he had posted bond.

Another man, Steven Hill, was charged with second-degree rape as Chevaun Gibsion was booked for offering to engage in prostitution.

Two other women, Saniya Alexander and Thalia Gibson, were charged on felony warrants and Melissa Wheeler was brought in on a robbery warrant.

ATLANTA, Georgia: Mercedes-Benz USA has requested drivers to stop driving some of their autos immediately due to braking problems.The announcement ...

KARACHI, Pakistan - The U.S. dollar climbed past Rs194 in the interbank market in Pakistan on Monday as analysts expressed ...

DOLNI MORAVA, Czech Republic: The world's longest pedestrian suspension bridge has opened at a mountain resort in the Czech Republic. ...