Seton Hall, Memphis meet in clash of coaches back at alma mater 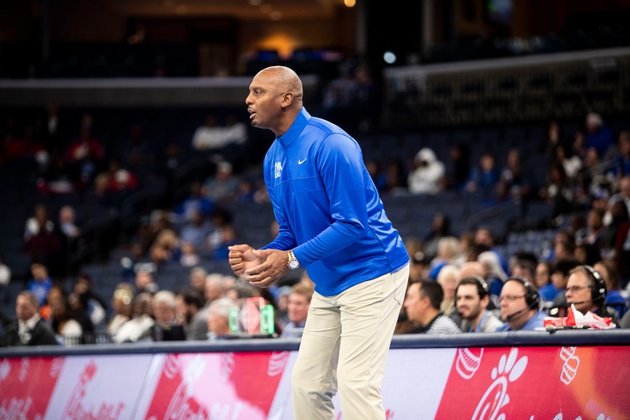 Former college basketball stars in charge of their alma maters will clash on a neutral court when Memphis and Seton Hall face off Thursday in the opening round of the ESPN Events Invitational in Kissimmee, Fla.

Memphis (2-1) is in its fifth season under former Tigers and NBA great Anfernee 'Penny' Hardaway, who has won at least 20 games in each of his four years at the helm. Defense has been Hardaway's calling card, with his teams ranking in the top 30 nationally in field goal defense each of the previous three seasons.

That effort was on display in Sunday's 62-47 home win over VCU, in which Memphis held its opponent to 29.1 percent shooting and forced 18 turnovers after a pair of lackluster defensive performances to open the season.

"For the most part, the guys were locked in," Hardaway said. "That's what was different today."

Seton Hall (3-1) is still searching for an identity under first-year coach Shaheen Holloway, who played for the Pirates from 1996-2000 and is the school's career assists leader. He returned to his alma mater after spending four seasons at St. Peter's, culminating in the Peacocks' Cinderella run to the Elite Eight last March as a No. 15 seed.

The Pirates have three blowout wins over overmatched opponents and a 16-point home loss to No. 25 Iowa. The common thread in all those games, Holloway said, is a lack of "juice" from his team.

"I need my guys to play with some juice," he said. "That's very hard for me, because I'm not used to that."

Memphis is 3-0 all-time against Seton Hall, with their last meeting coming in 2008 at a tournament in Puerto Rico.

The Tigers are making their third appearance in the ESPN Events Invitational, winning the title in 2013 and finishing sixth in 2018, while Seton Hall took sixth in the tourney in 2016.

Thursday's winner will face either Nebraska or Oklahoma in Friday's semifinals. The championship game is set for Sunday.

NEW YORK, New York- U.S. stocks were uneasy early Wednesday following a release of a raft of economic data but ...

OTTAWA, Canada: Canada has launched its Indo-Pacific strategy, which includes spending worth $1.7 billion, with the aim of enhancing military ...

Italy to raise billions with windfall tax on energy companies

ROME, Italy: A draft of the government's 2023 budget seen by Reuters indicates that Italy plans to charge energy companies ...

LONDON, England: In a world aviation first, British company Rolls-Royce has announced that it has successfully tested a hydrogen-powered aircraft ...

King could step in if Malaysia parliament cannot choose leader

KUALA LUMPUR, Malaysia: As support for a conservative Islamic alliance prevented major coalitions from winning a simple majority in its ...

BUFFALO, New York: Just ahead of the busy Thanksgiving holiday week, western New York state was hit by a snowstorm, ...

After 73 years, Biden tells Palestinians to wait until conditions are right

NEW YORK CITY: Granting Palestine full state membership status at the UN would be a "practical" step that could preserve ...

WASHINGTON D.C.: In the largest dam removal undertaking in U.S. history, a U.S. agency last week approved the decommissioning of ...