Oklahoma State disposes of Tulsa with big second half 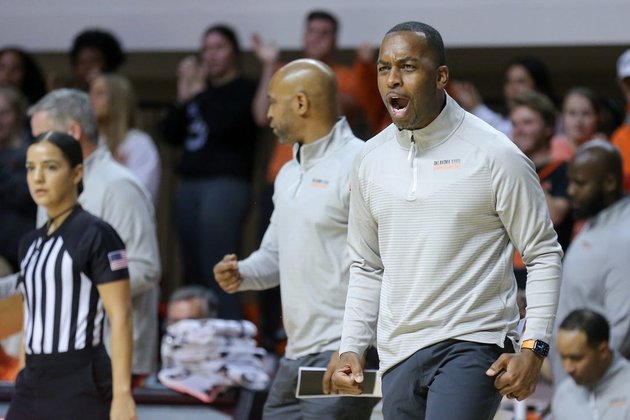 Bryce Thompson scored 18 points and Oklahoma State turned a 12-point halftime lead into a 39-point bulge with about nine minutes left in the second half en route to an 82-56 home rout of Tulsa on Friday night.

Keyshawn Embery-Simpson scored 10 points to lead the Golden Hurricane (2-4), whose 19 turnovers led to 18 points for the Cowboys.

Avery Anderson III and Smith each scored four points to spark an 11-2 spurt that put ahead the Cowboys 64-37 with 12:31 to go. The outcome never was in doubt after that.

Thompson scored 11 points, including three 3-pointers, to help Oklahoma State grab a 41-29 advantage after one half.

The Golden Hurricane, who trailed by as many as 14 points in the half, committed twice as many turnovers as the Cowboys (12-6) and were outscored in the paint 22-14.

With the score tied at 16, Oklahoma State proceeded to score the next 12 points to go ahead 28-16 at with 5:37 left. Thompson sank two 3-pointers and Cisse added two baskets to fuel the run.

The Cowboys missed their first eight shots and scored their first points 5:31 into the game when John-Michael Wright hit a 3-pointer.