Oklahoma State out to avoid sluggish start vs. Prairie View AM 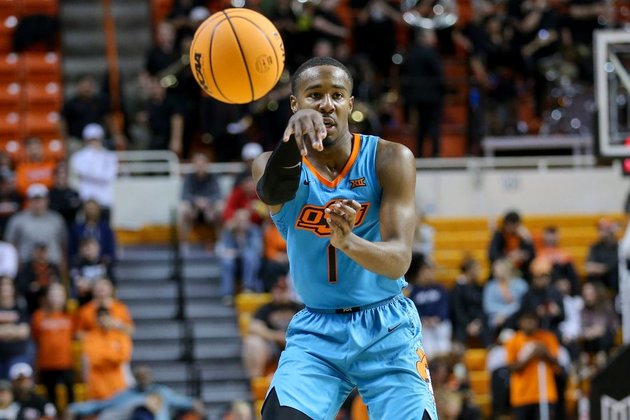 Oklahoma State hopes to get off to a faster start when it hosts Prairie View AM on Sunday afternoon in Stillwater, Okla.

The Cowboys (4-2) have a full head of steam on the heels of an 82-56 victory at home over Tulsa on Friday. Bryce Thompson led Oklahoma State with 18 points that included four 3-pointers. Moussa Cisse added 12 and Tyreek Smith tallied 10.

Oklahoma State missed 11 of its first 12 shots but still led by 12 points at halftime. The Cowboys then put away the game by scoring 35 of the first 43 points of the second half.

"That's what we're supposed to do," Thompson said. "Our job is to go out there and win and win the right way. We played until the buzzer was over. My teammates were able to find me. We had a great game plan going in."

The Cowboys may be the best team in the nation that no one is talking about, winning three of their past four outings. Oklahoma State's two losses have been by a point at home against Southern Illinois and by four in overtime to UCF in the semifinals of the Baha Mar Hoops tournament in the Bahamas.

The Panthers (4-2) continue their arduous start to the season after a 67-59 victory on the road over Arkansas State on Friday. The win snapped a two-game skid for Prairie View, with Will Douglas leading the way with 18 points and a season-high nine rebounds, Jeremiah Campbell adding 13 points and Hegel Augustine scoring 11.

Sunday's contest is the fourth of a 10-game road trip for the Panthers.

"At the end of the day, what coaches are required to is -- the bottom line is winning," Smith said prior to the season.

Oklahoma State has won all five meetings in the all-time series against Prairie View. Each of the games have been contested in Stillwater with the Cowboys averaging 88.6 points per outing.

JERUSALEM, Israel: As demand for its driver-assistance technology rises among vehicle-makers, Mobileye Global is forecasting revenues for the 2023 fiscal ...

MANILA, Philippines: After a Filipina domestic worker was killed and dumped in the desert in the oil-rich emirate of Kuwait, ...