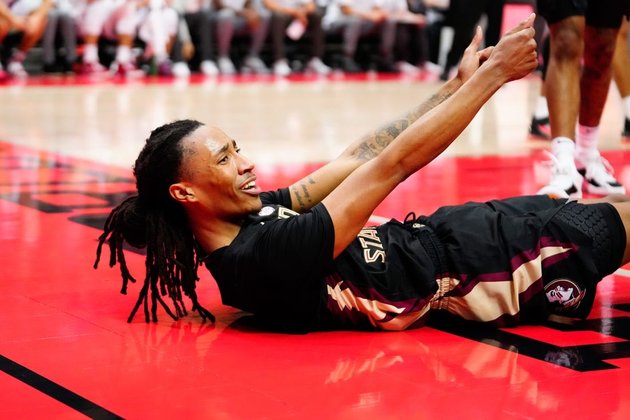 A dreary showing at this week's ESPN Events Invitational will end on a brighter note for either the Nebraska Cornhuskers or Florida State Seminoles, who meet Sunday in the seventh-place game.

That would mean salvaging one win in the tournament in Lake Buena Vista, Fla. Nebraska (3-3) lost to Oklahoma and Memphis, while Florida State (1-6) fell to Siena and Stanford.

After the 73-61 loss to Memphis, Cornhuskers coach Fred Hoiberg said his team has "to go back to the drawing board on some things."

"Obviously we're getting crushed by pressure. It wasn't too big of an issue early in the year and we played pretty efficiently. And now all of a sudden against longer, more athletic teams, it's really bothering us. (When you have) 20 turnovers, 13 in the second half, you're not going to win many games," Hoiberg said.

One bright spot for Nebraska was the return of 6-foot-9 senior forward Derrick Walker, who missed the first five games with an undisclosed medical condition.

Walker, who was the leading scorer among returning players this season at 9.5 points per game, scored 15 points on 7-of-11 shooting. He added 12 rebounds but also had nine turnovers in 35 minutes.

Florida State is looking to avoid the program's worst start since going 1-7 in 2000-01. It also happened in the 1959-60 season, according to Basketball Reference.

A bad omen for the season came when 6-11 newcomer Baba Miller, a native of Spain, was suspended by the NCAA for 16 games because the school paid for his expenses to and from the U.S. to attend a training camp.

Miller averaged 11.8 points, 4.4 rebounds and 2.0 assists with the Spanish National Under-18 Team in the 2021 FIBA European Challengers tournament. The soonest his season could start is Jan. 11 at Wake Forest, the Seminoles' fourth game of Atlantic Coast Conference play.

"Cam has always played with tremendous effort and passion," said coach Leonard Hamilton, who has 597 wins in 35 seasons, the last 21 at Florida State. "Sometimes almost to a fault. He's really, really a competitive youngster. But he spent so much time over the summer grooving his shot. ... He's becoming more confident. He's maintaining his poise."