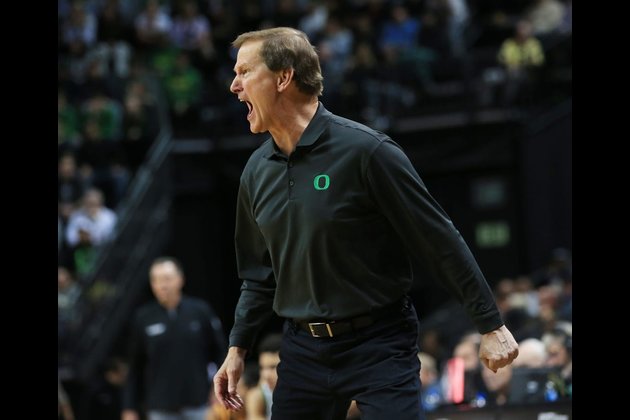 Will Richardson scored five points in the final 1:39 to fuel Oregon's 74-67 victory against Villanova on Sunday in the final game of the Phil Knight Invitational in Portland, Ore.

Richardson made a free throw to snap a 67-67 tie with 1:39 left, then followed with a layup at 1:05. Villanova then missed a 3-pointer and Richardson iced the victory with a jumper with 19 seconds remaining.

Quincy Guerrier had a game-high 21 points and Richardson finished with 19 for the Ducks (3-4), who snapped a three-game losing streak and avoided last place in the tournament with the victory.

Villanova (2-5) has now lost four straight after a 2-1 start to the season. Caleb Daniels led the Wildcats with 16 points and added four rebounds and five assists. Brendan Hausen had 15 points off the Villanova bench.

Oregon made 11 3-pointers in the victory, led by Guerrier's 6-of-10 shooting from behind the arc. Strong perimeter play was key as the Ducks were missing big man N'Faly Dante due to concussion protocol.

The Ducks still finished with a decisive 42-30 advantage on the boards, paced by Guerrier and Rivaldo Soares with eight rebounds apiece.

Oregon led for most of the game, including 35-31 at halftime, but was never able to cruise away comfortably in a game of runs.

The Wildcats eventually tied the game at 64-64 on Dixon's jumper with 3:09 left.

Villanova took a 67-64 lead on a 3-pointer by Hausen with 2:27 left, but Guerrier countered with his own 3-pointer to tie it at 67 and set up the final heroics by Richardson.

Villanova is off until Saturday against Oklahoma in Philadelphia, while Oregon opens Pac-12 play at home Thursday against Washington State.