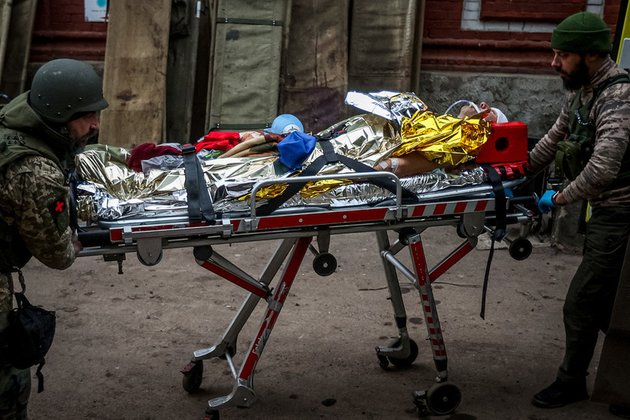 Ursula von der Leyen provided the estimate, adding that around 20,000 civilian lives have also been lost

European Commission president Ursula von der Leyen has presented the total number of losses estimated to have been suffered by Ukraine in its conflict with Russia.

"More than 100,000 Ukrainian military officers have been killed so far," von der Leyen claimed on Wednesday, while adding that around 20,000 civilian lives have also been lost amid the fighting, which has continued since late February.

The head of the European Commission didn't reveal the sources of the information she provided.

In late September, Russia's Defense Minister Sergey Shoigu stated that Ukrainian losses had to date amounted to more than 61,000 troops, which was ten times higher than those of Russia.

In her address, von der Leyen also proposed to set up a specialized, UN-backed court to investigate and prosecute what she described as "Russia's crime of aggression."

She also said that a special structure would be created by the EU to manage and invest 300 billion euro (nearly $311 billion) in Russian Central Bank reserves and 19 billion euro of Russian business figures' assets, which the EU froze after the outbreak of the conflict. The plan is to use the proceeds from those activities to rebuild and assist Ukraine, according to the commission president.