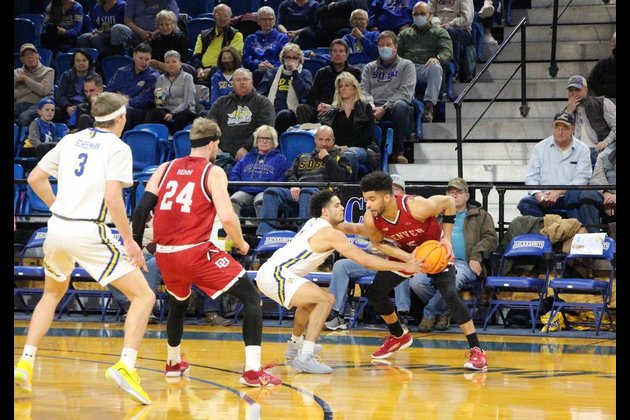 University of Denver guard Coban Porter was arrested on Sunday for suspicion of vehicular manslaughter and reckless driving following a fatal car crash, according to Denver police.

The two-car crash happened just before 2 a.m. local time on Sunday morning, and one driver died at the scene.

Michael Porter Jr. was ruled out of Sunday night's game against the Oklahoma City Thunder due to personal reasons, but he was not involved in the crash, according to the Denver Post.

Coban Porter hadn't appeared in a game this season for the Pioneers after tearing his ACL this past offseason. He played in 28 games (eight starts) during his freshman season.